Myanmar is worldwide known as a peaceful land created by the various traits and customs of its people that come from many states and divisions; hence, religions diversity is available in the country. With their early appearance in Burmese history, religions have a strong influence in the spiritual life of Burmese. Considered as the main religion, Buddhism (mostly Theravada Buddhism) makes up more

On the other hand, Christians, Muslims, Hindus and others are also practiced in Myanmar – respectively account for four percent, four percent, two percent and one percent in the population. The main spirit of these religions is to respect individuals’ freedom and to help stabilizingpeace as well as the development of the country. 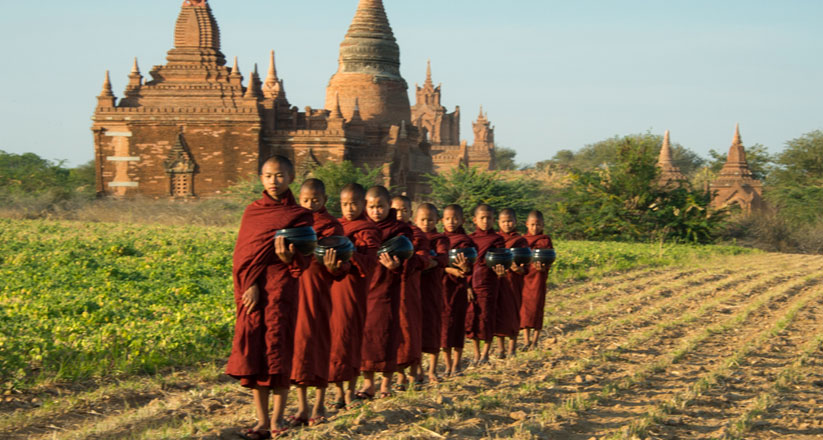 From the 11th century, in Bagan – one of Myanmar’s old capital, Theravada Buddhism or Hinayana Buddhism was spread and widely promoted by King Anawrahta (1044 – 1077 AD) who found the first Myanmar Dynasty. From then on, it has been played an important role in Burma’s life, art, architecture and society as well as has been reflected on all the Buddhist temples and pagodas all over the country. Nowadays, most Burmese are Buddhist and the Buddhism is considered as the national religion of country. 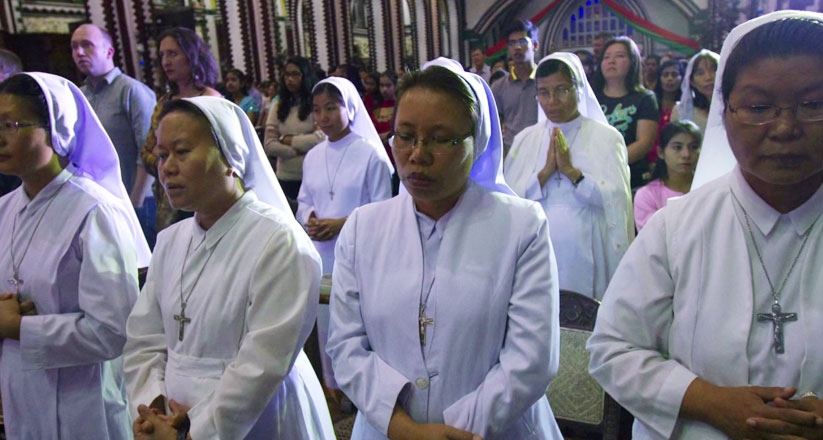 With about four percent in Myanmar’s population, Christians was introduced from the 18th century and developed until now in a small number of Burmese. Being a part of Myanmar religions, Christians divided into two arms, Roman Catholicism and Protestantism. 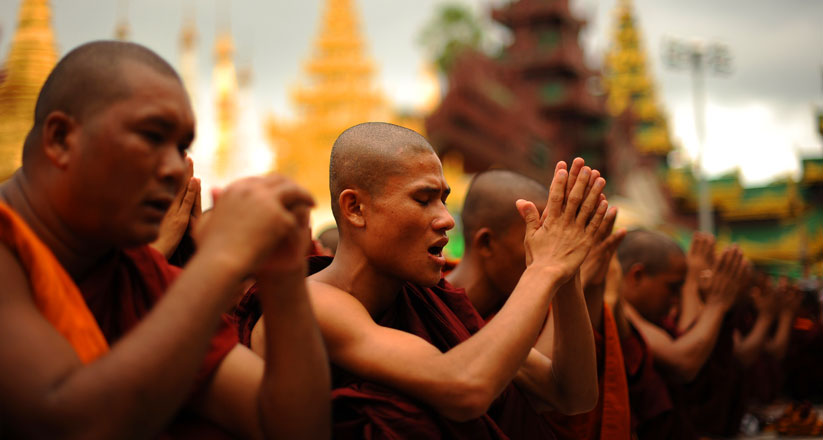 Muslims followers are also about four percent of Myanmar’s population who almost believe the Sunni set. A small part of ethnic minorities of Indians, Indo-Burmese and the Chinese Hui people in Myanmar follow Muslims.